How Long Does It Take For Pipes To Freeze? 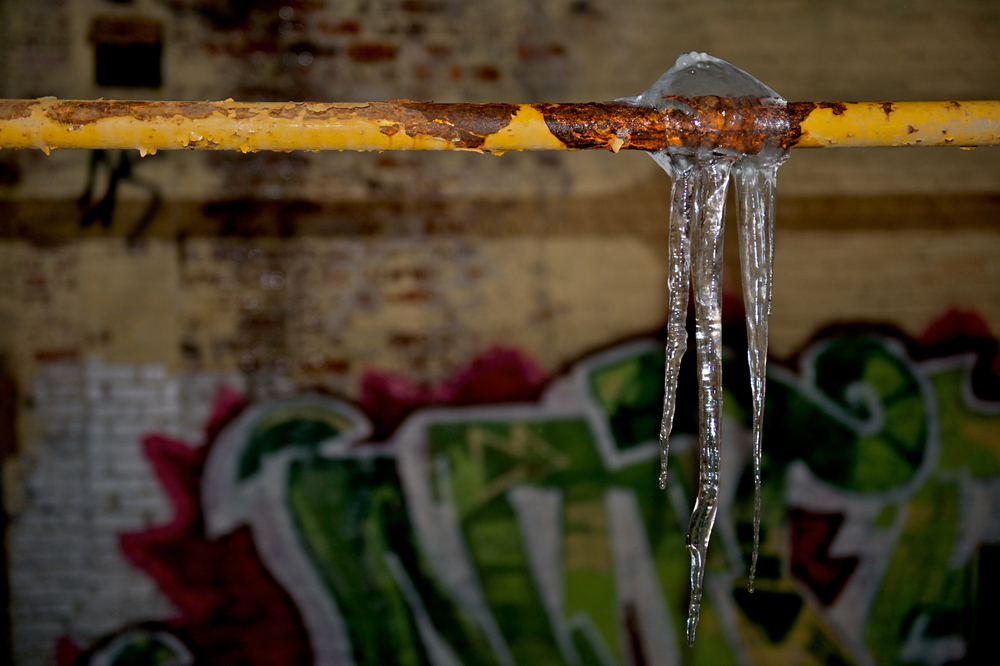 Have you ever left a glass full of water in a freezer for a long time? Most of us have. The result is the glass breaks due to pressure from the rock-solid ice. The same concept works with frozen pipes. Unable to withstand pressure exalted by freezing ice and water, pipes succumb and burst.

What causes pipes to burst?

According to Plumbing 911, who has fixed their fair share of frozen pipes in Chicago, ice formation in a pipe does not directly cause the pipe to burst. Rather, constant expansion and freezing inside the pipe increases water pressure. This pressure is what causes pipes to burst. Most of us believe that pipes burst at the point where there is ice formation, but this is far from the truth. The damage usually occurs in the area between a closed faucet and a blockage.

Therefore, for pipes to burst there must be a combination of three things: ice blockage, pressure increase (due to running water) and a closed outlet.

Which pipes are vulnerable?

Basically, pipes located outside with little or no insulation to cold spells are the most vulnerable. They include:

What temperature leads to frozen pipes?

When should you be concerned about your pipes freezing? It all depends on where your house is located. According to a research by the Building Research Council at the University of Illinois, pipes are likely to freeze at 20 degrees F or below in the southern states. The south is generally hot and may have cold seasons once or twice a year. Therefore, their houses and pipes are not properly built to withstand winter spells. Most of them have slab foundations and their water pipes have been installed in the attic.

The research, which involved subjecting uninsulated pipes to very cold temperatures, showed that freezing problems occurred when temperatures were in the teens. Freezing incidents, however, can appear when temperatures are above 20 degrees F, especially if the pipes are exposed to cold flowing air on a windy day. By contrast, homes in the colder north are properly designed and insulated to withstand cold. Home builders do not install water pipes in uninsulated areas outside buildings or in areas where there is poor heat circulation.

The Cost of Damages

Restoration costs generally depend on the size of the affected house and the contaminated level of the water. For instance, fixing a leaking sink is much cheaper than restoring a leaking basement with toxic debris and sewage. Some damages may be trivial costing less than $100. Others may be too drastic amounting to thousands of dollars in restoration costs.

How to Prevent you Pipes from Freezing

The only solution to the problem of freezing pipes is insulating pipes from the cold weather outside. This will prevent the water from freezing inside the pipes. If you are planning on building a new home, avoid placing your pipes in the attic, outside walls or in walls with cracks and crevices that allow cold air in. In case it is an old house, you may contact a qualified plumber to re-route existing pipes to insulated areas, like this plumber in Columbus. Ideally, you may wrap accessible pipes with insulation sleeves and fill wall gaps that allow air.

Outside walls with cracks and holes can be sealed with caulking to insulate the pipes from the subfreezing air. Alternatively, electric heating cables and tapes can be installed along the pipes to ensure water does not freeze. Tapes and cables have an inbuilt thermostat that will automatically turn the heat on when necessary. Those without thermostat have to be plugged into electricity whenever heat is needed. These, however, should be used with utmost precautions to avoid the risk of fire.

You can get a variety of insulation material in hardware and plumbing stores. The insulation sleeves are usually in the form of fiberglass and foam rubber. Make sure you purchase extra-thick insulation, say, 1 or 2 inches thick. The extra inches are worth the extra cost.

Other Practical Measures to prevent freezing and protecting your plumbing